In 2009, NBES helped run the inaugural Traditional Stories Festival at the Astro Theatre in Iqaluit. The festival featured traditional Inuit stories from around Nunavut that were recorded by college students. The recordings featured elders from around Nunavut that shared their version of several popular tradition Inuit stories such as Kiviuq, Kaujjarjuk, and Inukpasugjuk. 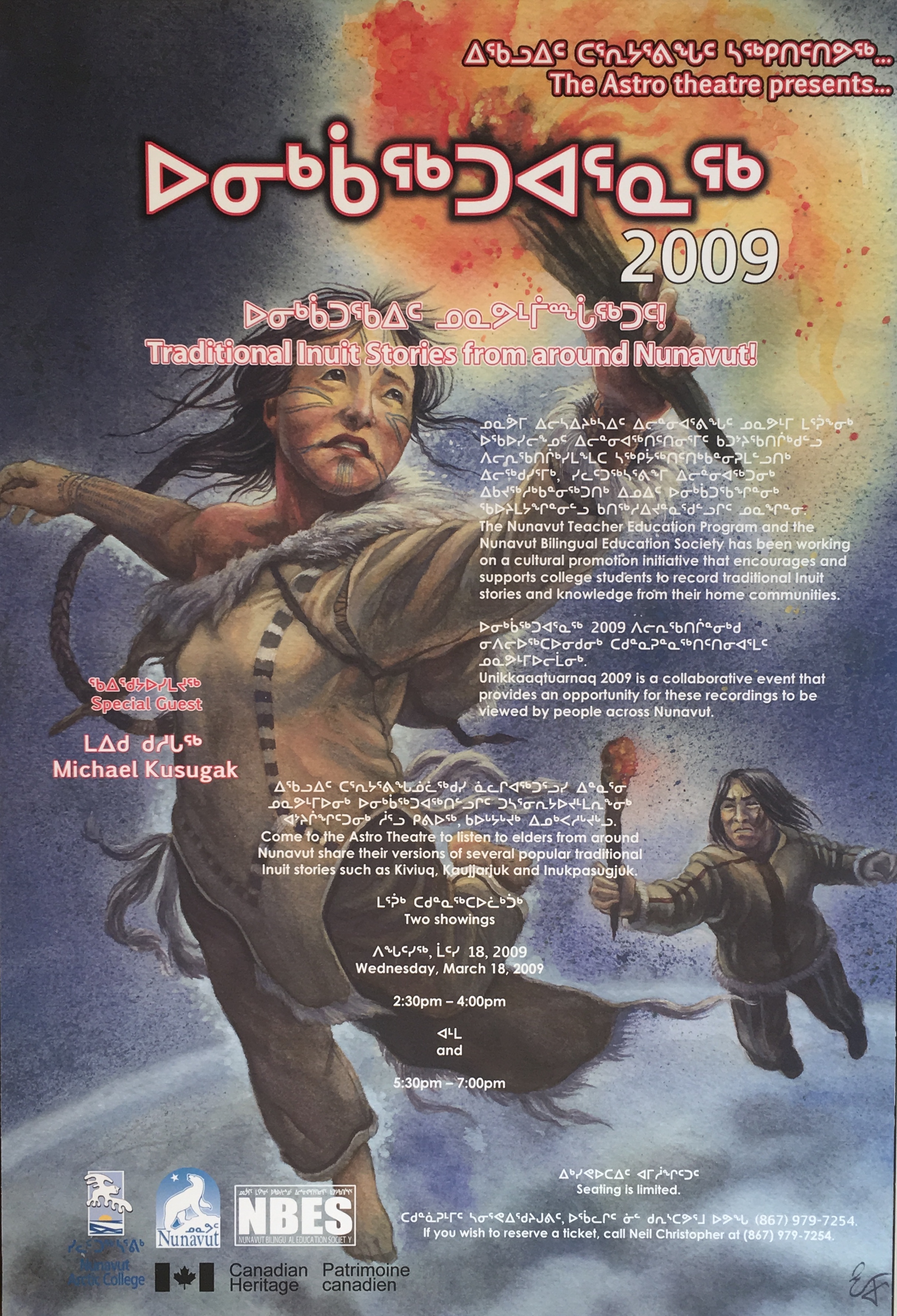