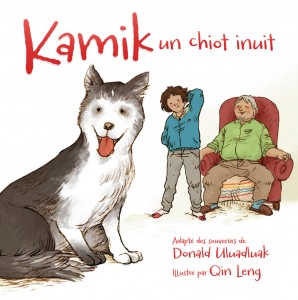 When Jake finally gets a puppy to call his own, all he can think about is the fast, strong sled dog that his puppy will become. But Kamik is far from an obedient sled dog. He won’t listen, he tracks mud all over the house, and he’s a lot more work than Jake ever thought a puppy could be! But after a visit with his grandfather, who raised many puppies of his own while living out on the land, Jake learns that Inuit have been raising puppies just like Kamik to be obedient, resourceful, helpful sled dogs for generations.