A Walk on the Tundra (Kivalliq Inuktitut) 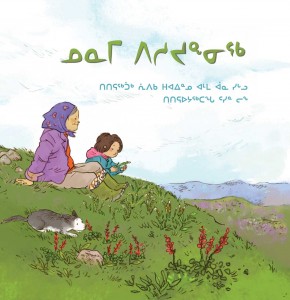 During the short Arctic summers, the tundra–covered most of the year under snow and ice–becomes filled with colourful flowers, mosses, shrubs, and lichens. These hardy little plants transform the northern landscape as they take advantage of the warmer weather and long hours of sunlight. Caribou, lemmings, snow buntings, and many other wildlife species depend on tundra plants for food and nutrition, but they are not the only ones…

A Walk on the Tundra follows Inuujaq, a bored little girl who travels with her grandmother onto the tundra. There, Inuujaq learns that these tough little plants are much more important to Inuit than she originally believed.

← The Orphan and the Polar Bear (Kivalliq Inuktitut) Uumasuusivissuaq →